Beautiful and majestic. Two words that come to mind when thinking about the NS5000. And if I had to be brief with my overall thoughts I would simply state those two words and head back into my listening room.

I first heard the NS5000 at the toronto audio fest 2019. I recall a massive huge hall and jazz ensemble music playing.. It was a triangular corner of the hotel that must have had 20 foot high ceilings and a 50 x 40 foot floor space. I noticed the yamaha sign and was curious. Why was yamaha here? Are they displaying their instruments at an audio show. No. They make speakers? Wow. Please excuse my naivety… I set my eyes on these 2 black polished boxes. I looked around expecting some massive floor standers somewhere but couldn’t find them. As I proceeded deeper in the room I was immediately struck by how real the band sounded. The tonality was just right… piano keys ringed with a pleasing crispness, saxophone blossomed and dynamically scaled in its sound through the halls the double bass could actually be felt in the chest yet was crisp and distinct and the sound stage… wow. From my listening position I could hear instruments far off to the side of me… the soundstage was quite simply mesmerizing. I spoke in disbelief that such relatively small bookshelves could fill such a big space with convincing live sound. I spoke to the Yamaha reps there who were happy to hear my enthusiasm and when asking if it would play well in a much smaller space (my listening room of 16 x 12 x 8 feet) I was met with instant disapproval. Wait for a smaller incarnation they said. Disappointed I shrugged and enjoyed the rest of the show.

Some months later I ended up at Kennedy hifi in Markham, Ontario. I sat down to hear the persona 9H (which was not long after hearing the Magico M2 at audio by mark jones and Tidal contriva g2 at wynn audio - two of the best speakers I ever heard). I was extremely impressed with the laser precise imaging and sound of the 9H as well as tremendous speed and overall clarity. I glanced into a corner and noticed the Yamaha NS5000 and was reminded of toronto audio fest. When I asked Marcus about them he immediately remarked that they have a softer sound that I wouldn’t like if I enjoyed the 9H. Curious as that is not what I remember from the audio fest. I thought hard about the 9H but alas the WAF prevented me from getting involved with a speaker that has beryllium (fears of potential toxicity which of course were irrational in its solid form -- but as they say… happy wife, happy life).

I continued my search for new speakers visiting many other stores (some of these impressions you can see on this website). I eventually ended up back and Kennedy hifi after reading a notice about a sale on the NS5000. Curious I called ahead to specifically ask they be setup for audition. Shawn, at kennedy hifi was very kind and a great listener as I shared my thoughts on what I had experienced thus far in my search. I sat down for a proper audition of the NS5000. As soon as I started playing my first go to test track (Nicholas gunn - Veracruz) I was immediately surprised by the beautiful tonality… it just sounded so natural and so real. Gunn’s flute was mesmerizing throughout this album. Going to another favorite fourplay - silver… wow. I could reach out and almost touch the cymbals. It simply again sounded so real and just right. The bass thumped with authority and the electric guitar was magical and flowed into the air and above my head. At one point when cymbals came back in I could absolutely picture the size an shape of the cymbal floating in the air before me. The depth in the staging and imaging was simply incredible and not far away from the best imaging I heard from speakers like magico m2, tidal contriva g2 and grandinote mach9. I especially loved the NS5000’s ability to convey the space beautiful reverberating microdetail and nuances… whether classical violin orchestra or chris botti’s trumpet.. You could follow trailing ends of notes as they shimmered through the air across the sound field.

I went back to Shawn with a big smile on my face remarking at how simply intoxicating the sound was. For comparison I asked to hear the focal sopra 3. Now to be fair a comparison is hard to make as it was on a different system (mainly sim audio amps and streamer) and on a different side of the large room I was in. To my ears listening to the sopra 3 I found it to be slightly crisper and sharper but that sweet spot of magical tonality and holographic imaging was not there. It sounded great but my mind kept coming back to the Yamaha NS5000. On another visit to the store I compared the NS5000 to the persona 5F and the latter sounded again quite crisp and detailed but slightly brittle, cool and uninvolving (on the sim audio gear). Before you scream TUBE LOVER! WARM DISTORTION LOVER! I want to make it clear that I actually prefer a crisp and cool detailed sound a la HD800S. Sure I enjoy my ZMF atticus for his euphonic rich chocolatey sound but I always come back home to the crisp detail. The thing with NS5000 is that it has this weird ability to be euphonic and musical but doesn’t miss any details… its all there and then some! After some deliberation and listening to the also excellent Talis S300 I listened to the NS5000 again and playing Anette Askvik - Liberty became borderline tearful and the utterly beautiful real performance. Anette was truly before me and all the engrossing detail of the song as well as the downright hypnotizing saxophone captivated my sonic senses. It was the speaker for me. I bought them.

Bringing them home to a much smaller space was of course not ideal (Neither is running them with humble gear like class D bryston 4bsst amps or an audiogd he9 preamp). Listening to them at home it was very clear that they were hampered from my more cramp untreated bedroom. But the magic was still there… the fantastic tone, holographic imaging, beautiful balance of detail and musicality. Not at the level of the huge auditioning space, but there nonetheless. The bass was actually pleasantly more authoritative (especially the sub bass rumble in Jonn Serrie ambient tracks). Knowing how much better the speakers can perform actually excites me because I know when I do move to a bigger dedicating listening space I know my speakers will scale well and be able to fill the space.

If you are in the market for speakers in this price range I highly recommend you audition these sonic gems!

Update: So I noticed at home with the speakers closer together although they still sounded great they were not quite as amazing as at the dealers location. I alluded to this in my last post. It made sense that the speakers being much tighter together may lead to a lack of refinement and air for sound to properly place itself in the stage. Not to mention untreated reflection that were further leading to smearing of the sonic images.

2 things made a huge difference in my smaller room. The first was sitting closer... at about 4.5 feet away (the speakers 4.2 feet away) I noticed increased clarity of the sound, more perception of microdetail, expansion of the soundstage. It was a massive improvement from sitting further back.

And yet again a massive improvement was un-toeing the speakers. Yamaha actually recommends a toe in but at the dealer they were not toed in. I tried this and was utterly blown away. The details were even further enhanced, the center image remained solid and in fact was even more crystal clear. The sound stage grew immensely and now I can hear instrument cues to the left and right of me not to mention some from behind. It is almost as if im listening to a surround sound system playing multi channel music system. The speakers disappeared to an even greater degree and I was completely absorbed into the soundstage and apart of it. The holography was enhanced. I was also incredibly impressed with the growth of the center image and overall stage in the vertical dimension as well. Listening to vanessa fernadez floating above me as if she was standing up and singing in front of me far above the axis of the drivers. This was especially impressive given how close I was to the speakers in my small listening triangle.

I am now enjoying the sound even more than when at the dealer. It is simply a magical and superb speaker. I wondered if my gear was a good match for it and if perhaps the dealers AS3000 + PS audio Direct stream dac was a superior match up. I can confidently say no to that. My dual bryston, terminator and he9 chain is illuminating these speakers beautifully. I do wonder if further adjustments will bring even more sound quality. With un-toeing the speakers I do notice possibly a little bit more room interaction and reverb. My plan is to treat the first reflections and will then report back. 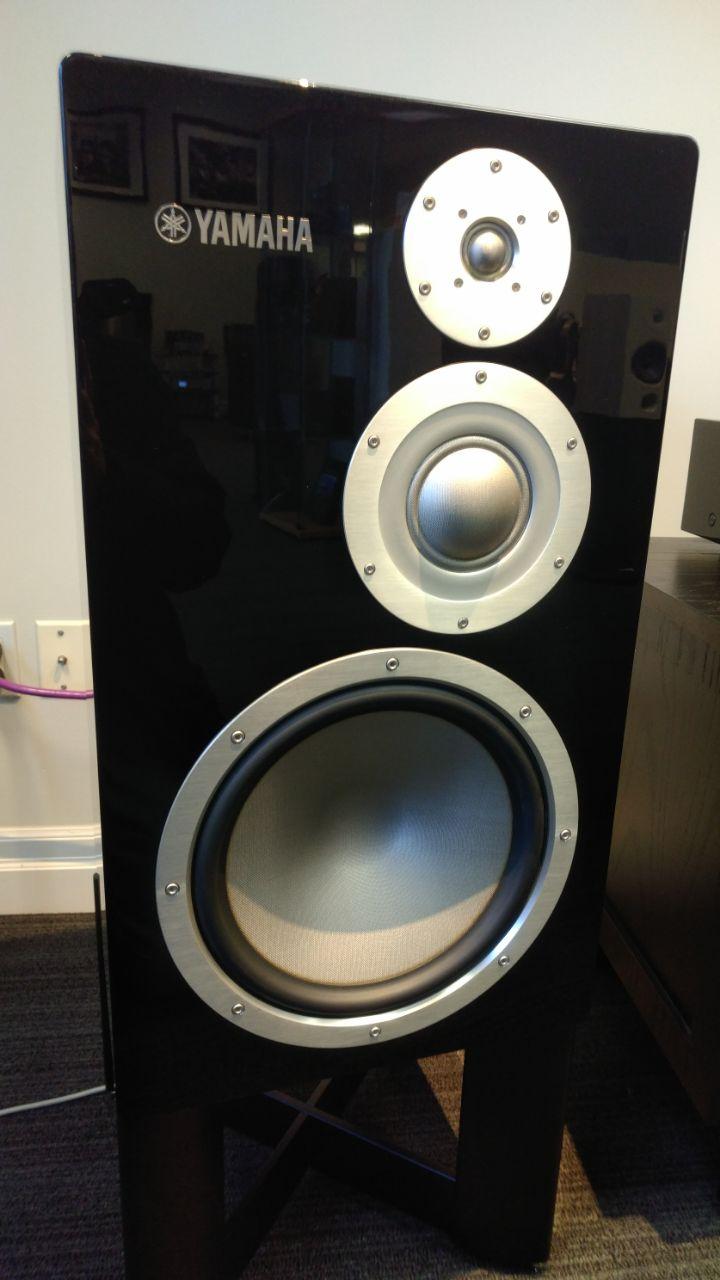 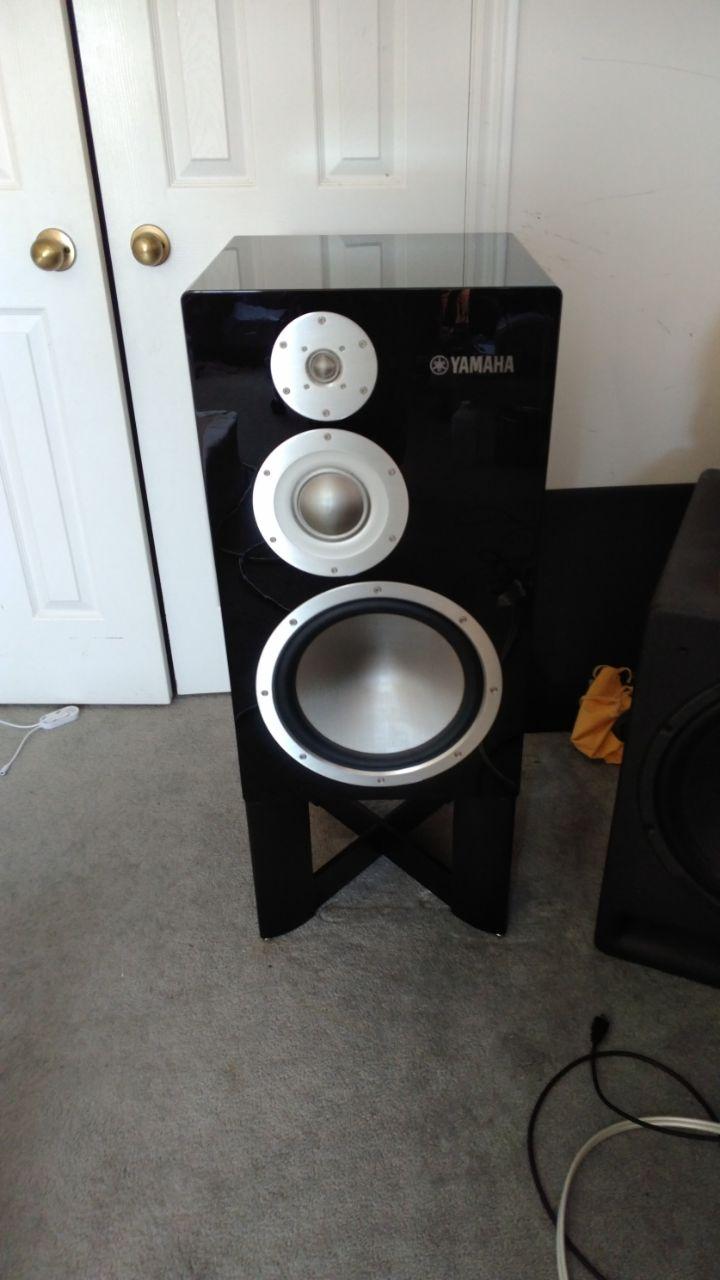 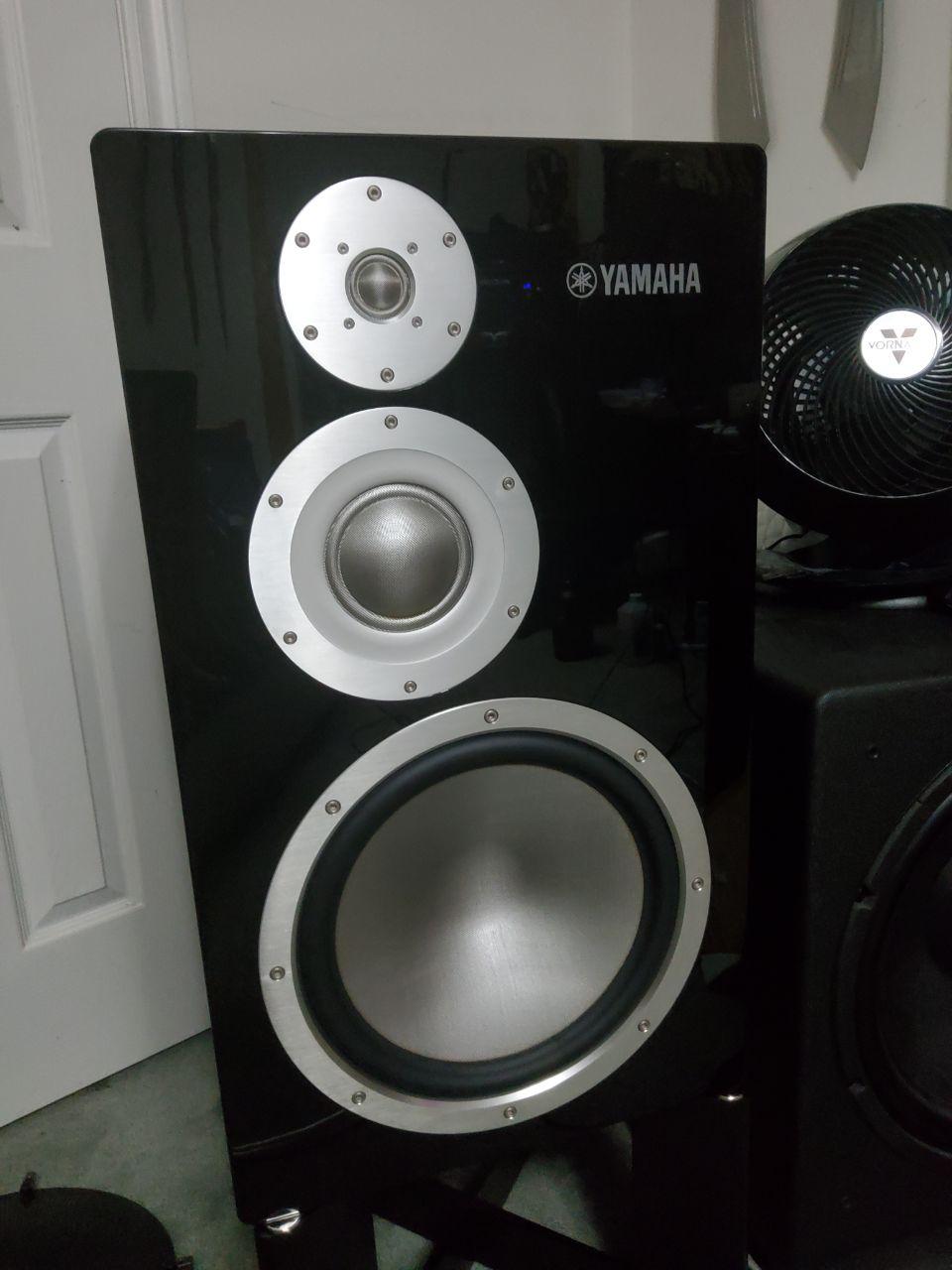 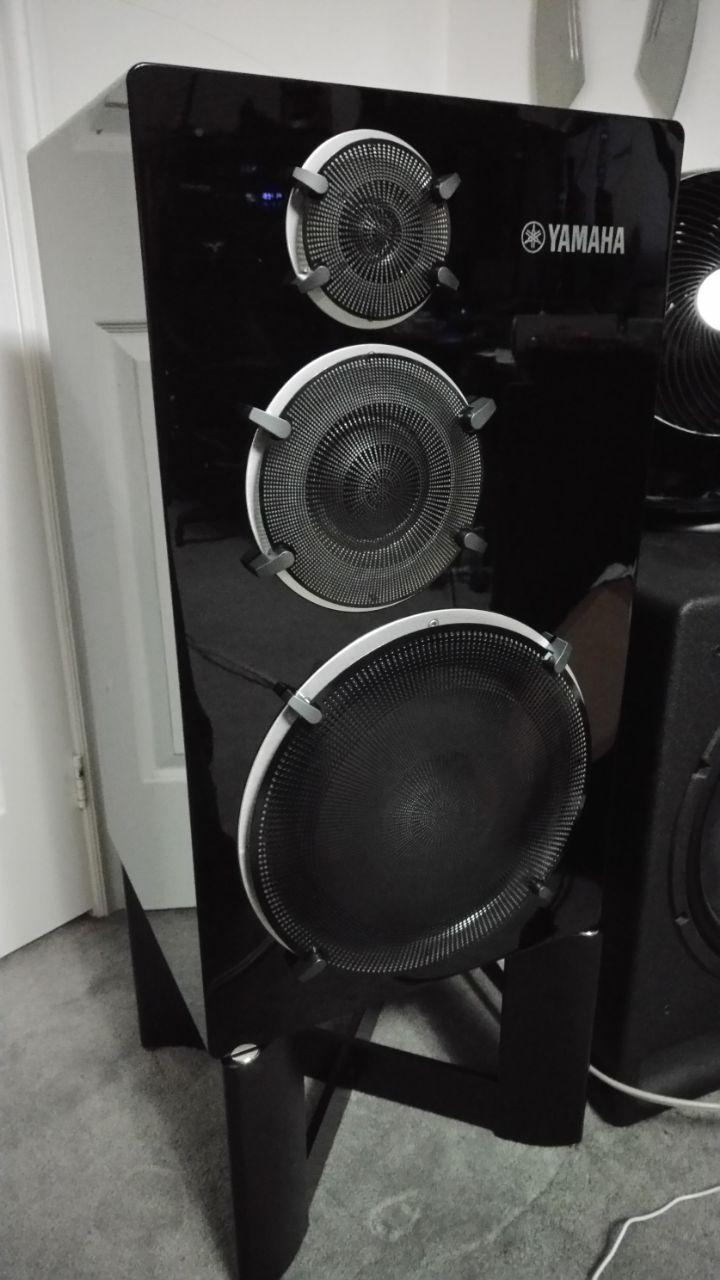