I just want to add today I used the X350.8 to drive the Sennheiser HD800S with an XLR to speaker tap cable from Ted Allen.

My reference amp is the Audio GD HE9. It is a great amplifier that sounds very neutral, spacious and fast. Combined wtih my denafrips terminator dac I think it makes for an excellence tonal balance that is mostly neutral sounding.

Switching to the Pass amp:
Listening to all my reference tracks after allowing about 1 hour warm up I was blown away by the transformation of the sound (HE9 served as the preamp). Before listening I did notice there was a very quiet audible level of noise but when listening to music this proved to not be problematic or overly distracting.

The first thing I noticed about the sound (and my biggest problem point for the HD800S) is the improvement in bass! I remarked upon listening finally there is REAL bass! The bass was better extended, more authoritative with attack and slam and simply more satisfying while remaining extremely crisp and clean. Listening to Steffi-night spacer the techno thumping was engaging and when going back to the AGD HE9 head amp the bass was simply less present making the entire song have less energy. Comparing also to the ZMF Atticus off of the HE9 head amp and HD800S on the pass amp the difference was much smaller than before. I need an adapter to try the Atticus on the pass amp and that has been ordered (dual 3 pin to 4 pin xlr because of the atticus cable I have).

Going to silver age - piano concerto in F sharp minor the spaciousness of the sound and timbrel delicacy of the piano was on full display. Violins had more timbral colour and the layering of instruments was clearly more noticeable with the pass amplifier.

Moving to Diana Panton - Say it (Over and Over again) I was struck with the top to bottom transparency with the pass amp. It was as if a thin veil that was previously present was removed and I was moved closer to the music. Diana's voice was holographically present in my head in a way that I never heard before on any of my headphones. In fact the way she sounds in this track makes me feel as if she is singing in front of me (not as convincingly as speakers perhaps but that sensation of immersion is heightened with the pass amplifier + hd800S combination moreso than my headphone amplifier). The saxophone that appears later in the track seemed more timbrally accurate and seductive and the guitar had a welcome amount of clean body that supported it. As I listened it was clear the aforementioned changes made the overall sound more emotionally engaging and I was simply moved. I remembered the feeling I had when I heard many of my reference tracks on my NS5000 speakers with this amplifier.

I recall speaking to a local audio shop about using speaker amplifiers with headphones. He warned me not to do it and sounded quite horrified I would even consider doing so. I am glad I tried to do this regardless of his warnings because I was rewarded with a truly detailed, transparent but rich and organic sound that I simply could not achieve from my HE9 amplifier. How much is this just different tonal properties of the amplifiers and how much of it is the notion of the higher wattage and current of speaker amplifier vs the headphone amplifier? I do not know. What I do know though that the x350.8 is now my new reference headphone amplifier. 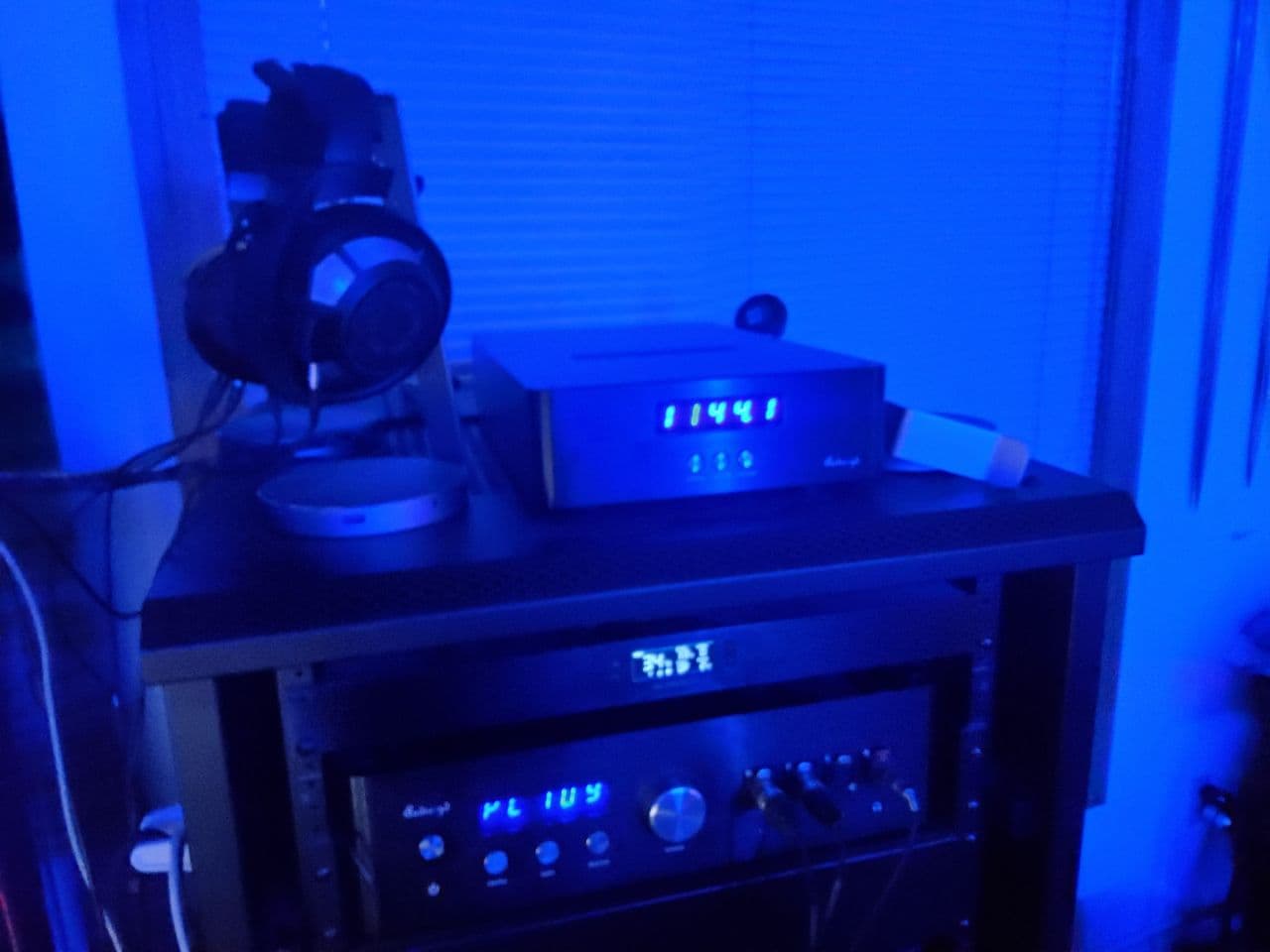 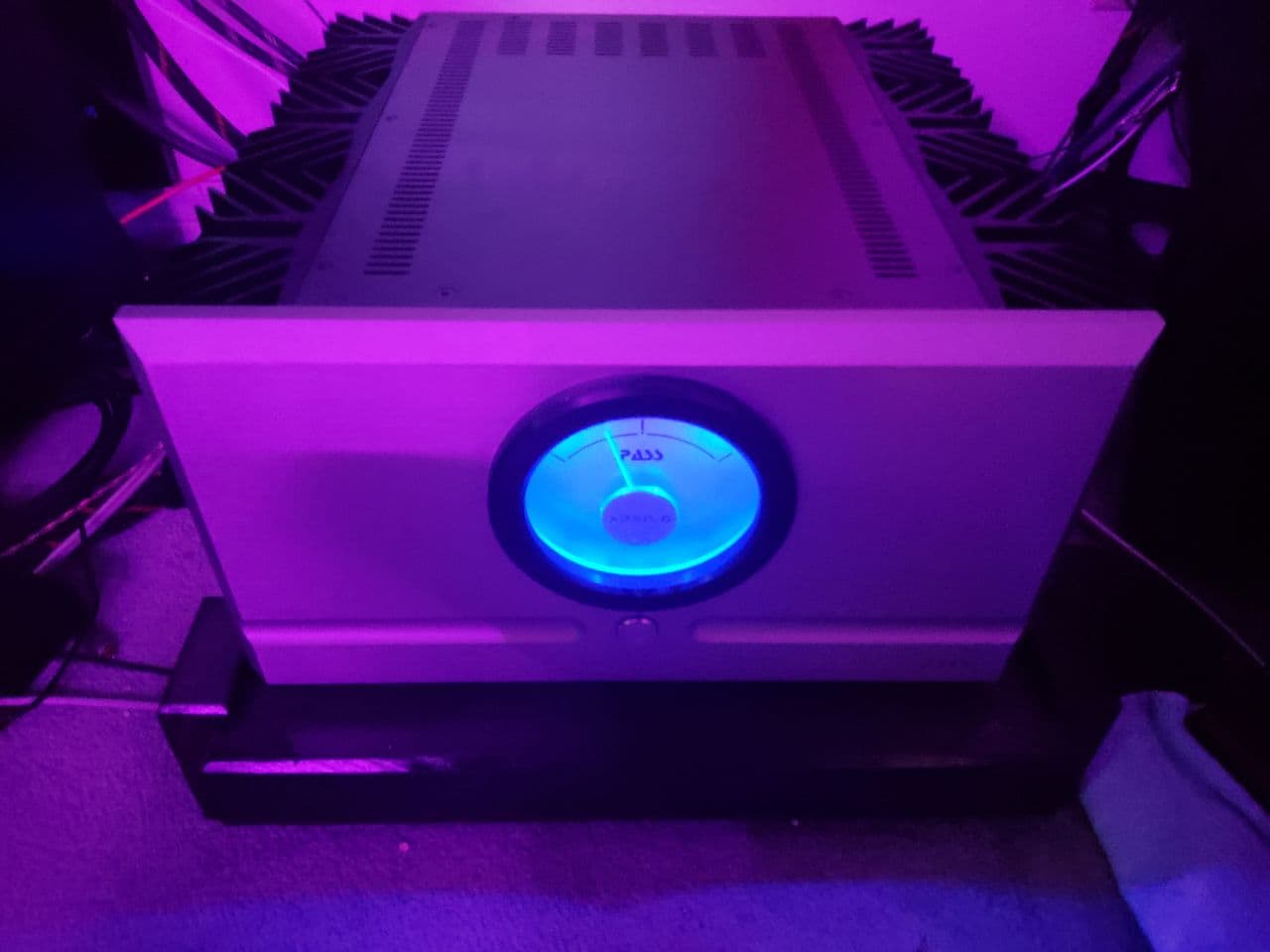 (As an aside I was impressed by the quality of Ted's cable... it had a nice braid, thick heavy copper spades and heavy premium feeling furutech terminators). He was very fast in his responses, helpful and a pleasure to deal with. Thanks Ted Allen!