Impressions of the Talis S300

So heard the Talis by T+A electroakustic at Angies audio corner. They were connected to an N100h network player and T+A PA3100 integrated amp and dac. Nate the rep there was super helpful in quickly getting things connected and setup and I listened to Tidal. Now he didn't do fine room adjustments and didn't actually listen to them and adjust them at all so they were just placed about 8 feet apart in a medium size room (I would estimate 25 feet x 20 feet but irregularly shaped and lots of openings to other rooms.

Starting with nicholas gunn - veracruz my main test track I was immediately impressed with the transparency and detail retrieval. This is the kind of detail I heard from speakers with beryllium drivers like the sopra 3 or persona 9h. The treble had a slight sparkle as I heard water flowing in other tracks on the same nicholas gunn album. The center image was incredibly strong and defined and simply sounded clean and pure. The soundstage was quite expansive and although the imaging was holographic it wasn't as holographic as the NS5000 where images would float in the air in front and around you. Nate remarked after that the speakers were not optimally setup so this could be a factor certainly.

Moving to another of my test tracks, Vonda7 - decompression... I always like listening to the techno impulse as they move around you in a semicricle and indeed this was incredibly well done with razor sharp placement and imaging. What was shocking about this speaker... the bass! This speaker is not a joke... and its bass makes no sense. It has serious fast but heavy handed bass that just got me immersed into the music whether it was pounding techno or instrumental sub bass drops. I honestly don't think these speakers would need a sub in a small to mid size room. It might have even more bass than the NS5000 which has a 12 inch woofer but of course its hard to compare as we are talking about different rooms and equipment. The NS5000 was in a extremely large 50 x 50 ft room.

The build quality is great. The cabinet feels very inert and is made of beautiful brushed aluminum that shrouds the aluminum drivers and tweeter. It is a slim small 72 lb speaker but has a massive sound and huge bass impact.

Vocals were well defined, crystalline and I could hear the intonation and trailing and ending nuances and phrases of words sung by Anette Askvik in Liberty.

Overall I came away extremely impressed and mesmerized by the Talis yet that intoxicating musicality of the Yamaha NS5000 was I think missing. Where the Talis was extremely revealing and precise the Yamaha was detailed yet extremely musical and holographic. Comparisons are of course all but impossible given different rooms and different equipment. Strongly encourage you to have a listen if you appreciate a detailed fast sound. 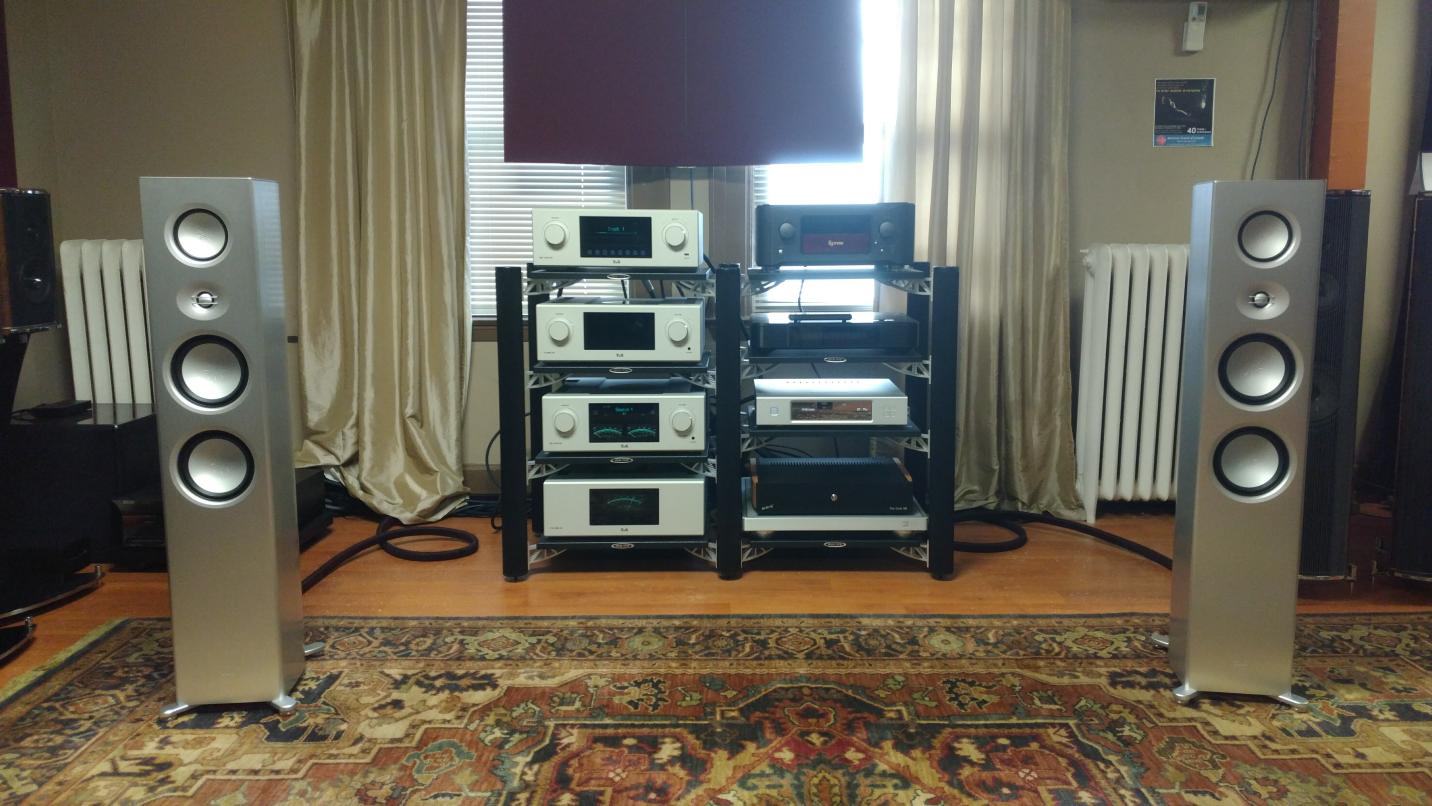