My first serious audiophile headphones were the beyerdynamic DT990 pro 250 ohm again running out of a laptop. I was shocked by how incredible these sounded compared to my superlux. At the time the $200 CAD I spent on them seemed excessive but the reviews were positive. Little did I know how much more cash would be involved in further gains in sound quality! I met @Shahrose on head fi at my workplace at the time and he gave me incredible insights (and continues to do so to this day) that helped me along on my journey. He espoused the importance of a dedicated discrete headphone amplifier + dac which were all foreign concepts to me. Being a pc audio guy… my only thought was… why not just get a high end audio sound card? Anyhow I ended up with the Burson Conductor SL9018. Again I was impressed with the jump in sound quality.

Continuing my journey I transitioned to the HD650 and was shocked by the mid range detail and warm inviting sound. I now had a persective on warmer brighter (DT990) and darker lusher sound (HD650). I erred on the side of the HD650 until I eventually went to my true TOTL headphone the HD800S. This was a massive jump not only in quality but in price and I was quite shocked that I was willing to spend well over $1500 CAD on a pair of headphones. What happened to the days where I was shocked at spending $200 CAD? LOL. The 800S gave me a soundstage and detail level which were just not even comprehensible. All my music sounded so much more interesting, 3d, layered, engaging and nuanced.

After enjoying the HD800S for some time I began to miss the warmth of the HD 650 and moved on to the ZMF Auter and atticus and love these headphones for the added warmth and musicality they bring. Now I have a spectrum of headphones based on my mood and genre from bright and detailed to romantic and dark (800S, Auteur, Atticus).

I progressed in my amp/dac upgrading endeavours as well going to an HDV 820 which was a massive jump up in quality from the Burson. Everything got better, sound stage, holography, detail… it was slap you in your face better versus the already competent burson. But this quickly made me hungry for more and to see how far I could go.

Enter Terminator, HE9 (Chi-fi stack)
After months of research, reading, talking to as many audio experts as I could and auditioning some gear (moon neo 430 HAD)... I settled on the Audio GD HE9 and the Denafrips Terminator. It was an expensive upgrade for me but I hoped to once and for all end the endless cycle of buying gear, enjoying it, reading about the next potential upgrade and buying again.

I eagerly hooked up the stack with some kimber cable hero interconnects and a ifi mercury 3.0 cable from my desktop running flacs on foobar and had a listen directly against my HDV 820 using all my headphones.

I want to be 100% transparent and honest here, my first impressions were negative. The stack just didn’t sound that much better than the HDV 820.I was quite worried as I spent so much money on this stack and wanted 1 more ‘smack in the face’ upgrade like I got from the burson -> hdv 820. After months of listening I realized a few things. At this high level, to really push further I would have to improve my source… files and the audio stream. When I say files I don’t simply mean just higher bitrate flacs or other formats but listening to music that is exceptionally well mastered. You can listen to a 96 khz flac of dave brubeck and it will sound similar to youtube. But with truly well mastered music wow.

So I queue up Chris botti - What I fall in love. This was the first track that convinced me of how great the Terminator - HE9 combination was. Next to the HDV820 the soundstage grew by about 30%. Instruments had an incredible definition and they each had their own space… it was almost as if you were walking through the stage and looking at each performer and respecting the sound from each instrument individually. The HDV820 sounds fantastic don’t get me wrong but the microdetail and ability to peer into the core of the music is simply mystifying with the Denafrips termintor -> HE9 stack. I could really appreciate the reverberation of the music off the walls of the space in which it was played. I added an ifi ipurifier 2.0 to the chain and the this usb device seemed to enhance performance even further with respect to separation and clarity, moreso than when applied to the HDV. Finally I was getting what I paid for! Overall I would say it was a clear 20-25% gain in sound quality. Going back to HDV 820 I was absolutely missing some magic to the sound… that last bit of refinement and detail which once you get used to it… its hard to live without.

I then asked how much of this improvement came from the dac vs the amp. I connected the terminator to my HDV 820 and used it as the dac. I noticed the soundstage was slightly larger but what stood out most when A-Bing between the internal and external dac was the amazing definition and microdetail of the terminator. It was undeniable… it had me constantly trying to turn up the amp when using the built in dac to try and fully appreciate it… the maracas, brushes on the drums.. cymbal splashes. Detail retrieval and imaging was clearly superior on the Terminator.. unmistakably so. However… this combination was absolutely not as good as the Terminator HE9 stack. Going back to the chi-fi stack the sound stage opens up tremendously and I can appreciate the details even better. To me the gain in SQ is perhaps an equal contribution of the two asian artisans. The gains are also larger on the ZMF headphones which makes sense as the HDV is tuned and optimized for the HD800S which gives it an amazing synergy.. but what one still bested by the Terminator and HE9.

Sampling much of my music the gain in quality from the stack to the HDV 820 largely depends on the mastering quality of the original music and the type of music. Music that is more synthy and washed out sounding… differences are harder to appreciate. Older music in general again the difference is minor. But well mastered vocals, instruments and complex electronically support music like anything from Davol brilliantly highlights the chifi stacks superiority.

In all this though I am left with the feeling there is still something to discover. As previously mentioned… optimizing my upstream components I feel may yield the true power of the Terminator especially. My next step now is to try a TOTL network streamer to see if the complete isolation from my desktop and getting away from usb all together may complete a potentially gargantuan jump in sound quality from my now defeated but still excellent HDV 820.

Thank you to Alvin and Kingwa for their excellent support during the purchase process and ongoing support… especially Alvin who is extremely responsive! I will report further if anything meaningful happens to my chain or if there are any new discoveries.

The clarity is startling. Listening to nicholas gunn morning star (encato), the soundstage is just massive, and so incredibly 3d, rich, detailed, immersive. Details are shining bright and so easy to observe in isolation the sound is just tangible and real... the flute has a clarity and sparkle that is hard to believe

Can't wait to try this chain on my speakers. I think I can see the real potential of the denafrips. I think giving a good streaming quality signal to the terminator has opened up its true potential at conveying emotion through detail and a truly mystifying soundscape.

Can't wait to try this on my paradigm signature s8 v2 and focal aria 948. 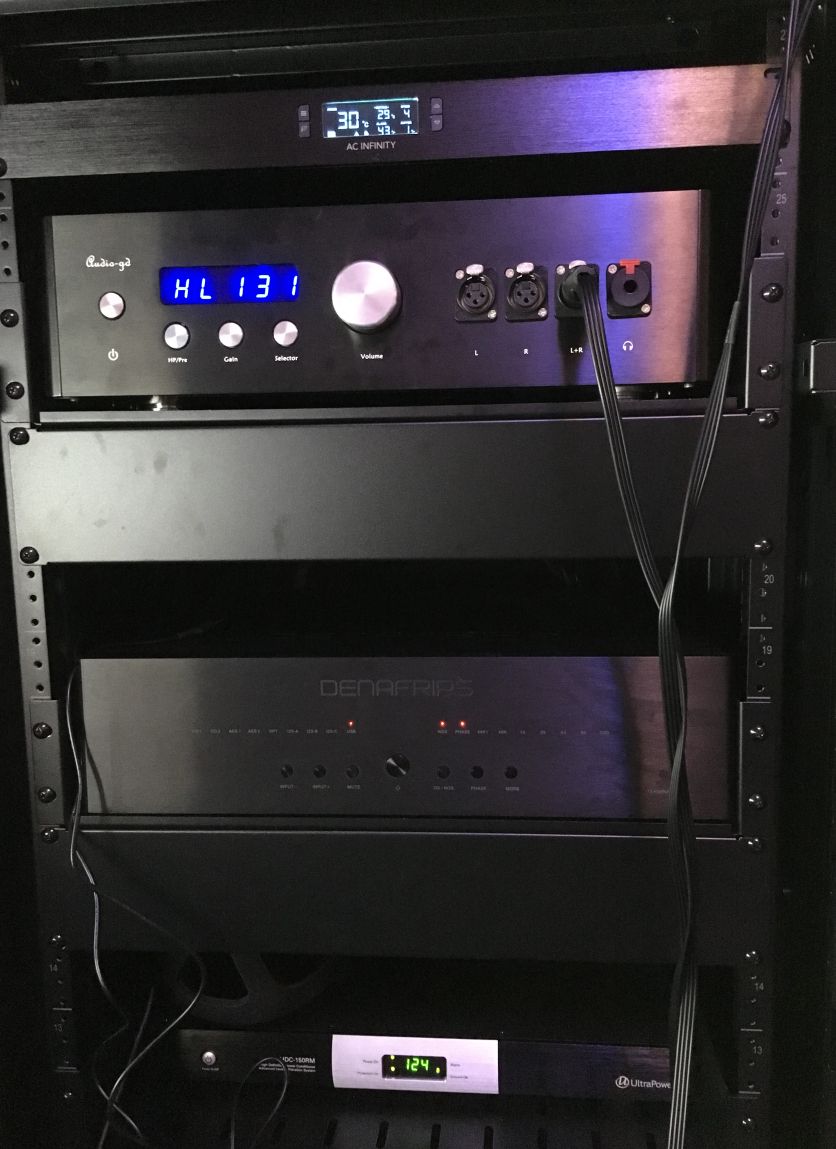