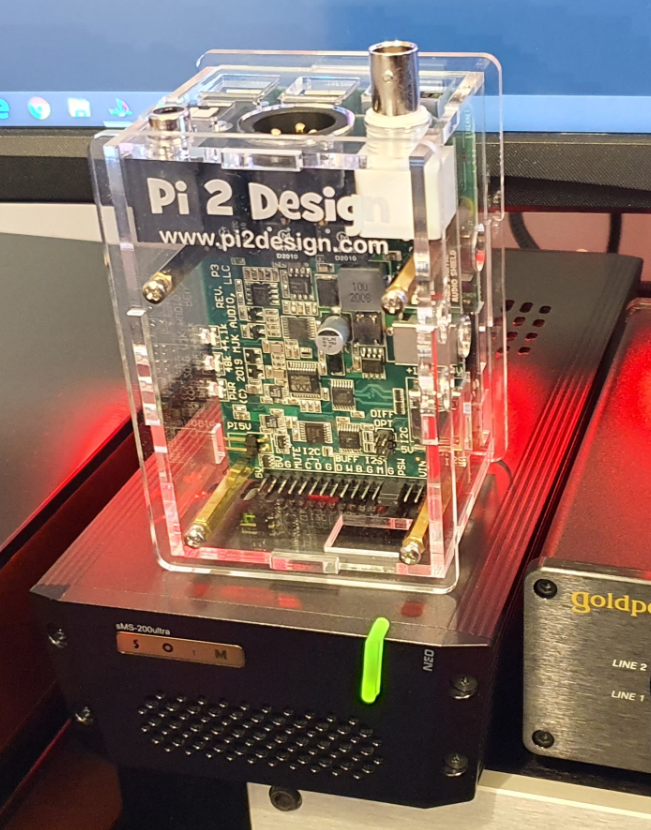 Another network streamer that had been getting heaps of praise was the sms200 Ultra Neo, and so that was on my consideration list too. In the end, I got both, and wanted to share my findings.

I left the May's PLL Jitter rejection system OFF for these tests so as to make it a fair comparison for a "normal" dac.
The Pi2AES was used with a pi3b+ board, running the may over I2S. OS was RopieeeXL
The SMS200 Ultra Neo was connected via an audioquest carbon USB cable.
I did not use a power conditioner, I am in a detached home, in a quiet neighbourhood, and have found that power conditioners actually have more negative effects than positive here anyway. (Additionally, throwing a power conditioner into the mix would throw off my critical listening ability as I'd be hearing the differences from that, not just the devices in question.) 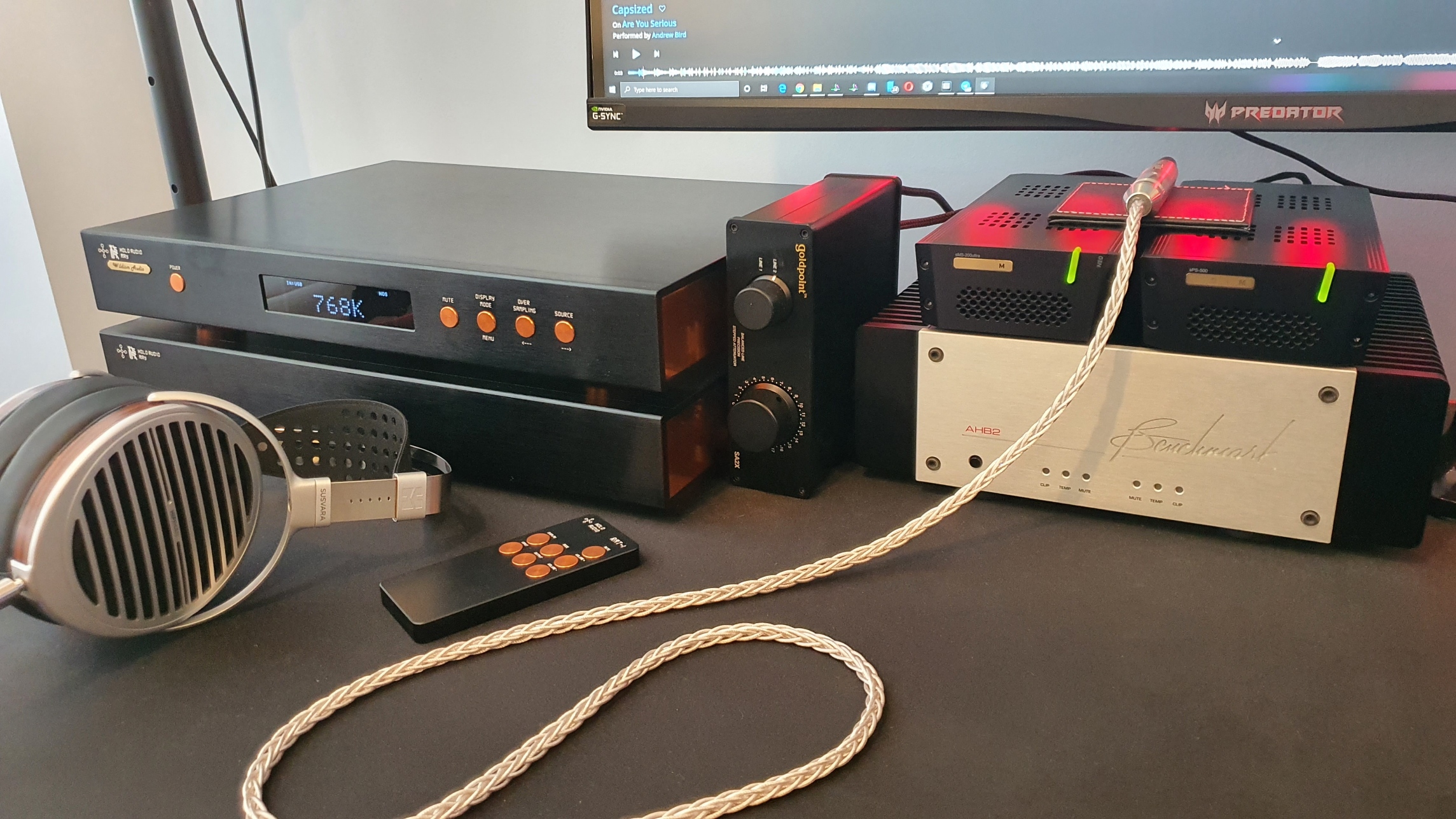 1) Midrange Power supplies - Winner: Pi2AES*
At first, I was powering the sms200 ultra with a 9v Ifi Ipower X psu. While the Pi2AES was connected using the recommended 24v Meanwell PSU, and the board itself, a 5v Ifi Ipower X. I did try powering the pi via the pi2aes board itself too, and could not hear a difference, so for now, I kept the pi powered separately.

With the may running NOS, playing a variety of music from 44.1 to 192khz, the pi2aes had a slightly better representation of what might be referred to as "plankton". The soundstage was noticeably more precise. Listening to "Merry go round of life" by the grissini project you could practically hear the ANGLE at which the violin was being held. Whereas with the SMS200 Ultra it was still exceptional, but not quite as open and unobstructed.
The winner here, at the same sample rate anyway, was the PI2AES.

BUT: I found myself still using the SMS200 ultra more, for one reason. HQPlayer. The pi2aes is limited to 192khz, whereas the sms200 ultra can do 768khz (and native DSD512). As a result, the additional quality brought about through upsampling in HQPlayer slightly outweighed the additional performance of the pi2aes.
So for native sample rates, the pi2aes wins (on i2s), but with an asterisk attached.

2) SPS500 Power supply - Winner: SMS200 Ultra NEO
After a while, curiosity got the better of me about whether or not an upgraded PSU would actually make any difference or not. So I looked into it, and it seemed that the two best options were either an Sbooster Linear Power supply, or the Sotm SPS500. The SPS500 is technically a switchmode psu, but going based on feedback on other forums from those who HAVE directly compared an sps500 and an sbooster, the sps500 actually pulls ahead for many, and I struggled to find any testimonies stating that the sbooster was any kind of improvement. That, plus the flexibility of the sps500 allowing me to change the output voltage (as well as matching aesthetic with the sms200) convinced me to go for that.

The SPS500 upon arrival, first thing I noticed was how HEAVY it is! It may be a switchmode PSU, but clearly there is some other stuff going on inside. Sotm mentions clever power filtering both from the AC input and the powered device itself. Quite what that entails I do not know, but hopefully my impressions will say all that needs to be said in terms of the resulting sound.

I first connected it to the sms200 ultra. And WOW. The difference was quite honestly shocking. I'd previously thought that going from what was already a good SMPS (ifi ipower x) to a better one would make little if any difference, but boy was I wrong.
Suddenly music sounded more open, convincing and expansive than I had heard in a long time. There was no change in tonality or actual detail retrieval itself from what I can observe, but the difference was clearly heard in the layering. Again listening to "merry go round of life", the movements of those playing, or the end of "Stronger" by SIAMES, everything was so...precise. But not just coming from a point, you could clearly hear the size of any given element, the subtle changes and timbre as the violinist or guitar turned slightly. There was nothing between me and the music and it was quite frankly incredible. It was like a DAC upgrade in itself!

At first, I was actually somewhat suspicious that perhaps Sotm had included some form of trickery in the sms200 itself to "detect" if someone was using an SPS500. Surely this big of an improvement must be more than just a PSU swap. Perhaps that explained the unusual 4 pin plug on the SPS500 or how it could outshine the sbooster. Perhaps it was simply trickery and not actually a PSU upgrade that was making the change.

But connecting the SPS500 @ 19v to the Pi2AES (which the designer confirmed will work without issue) quickly dispelled that. The pi2aes also showed a BIG improvement. An expansion of soundstage, a huge increase in precision of both layering and imaging.
Quite honestly I'm almost inclined to say that out of these three devices the SPS500 was the one that impressed me the most!

After calming myself down from the initial glee brought about by this improvement, I did some more critical listening. And found that now, the SMS200 Ultra and the Pi2AES were neck and neck. Most often, the limiting factor was clearly in the recording itself. But for those few tracks that were exceptionally well recorded and mastered, the sms200 pulled ever so slightly ahead now.
And of course, it still had that ace up its sleeve, the higher sample rate support. For those who have explored upsampling, or have a dac with changeable digital filters (and a revealing system), you'll be aware of the difference they can make, and so retaining that with the SMS200 Ultra was important to me.

The difference though at equal sample rates was now so incredibly subtle that it was hard to definitively say the sms200 ultra was better. But given as there were some tracks, such as Bob Moses' "tearing me up" where the sms200 pulled slightly ahead, but none where I could say the pi2aes won, I have to give it to the sms200 Ultra Neo.

It is worth noting though that with the May's PLL turned on, I could not tell a difference between the SMS200 Ultra and the Pi2AES at all. Though given as even optical straight from my PC sounds damn good with the PLL enabled, that mostly speaks to the quality of the May's PLL.

A hypothetical:
One thing to mention here, the pi2aes has an onboard switcher that converts the incoming 24v (or in this case 19v) down to 5v. this can actually be bypassed by connecting the 5v DC psu to the pins on the board, rather than the DC plug itself. Allowing you to use a 5v LPS without the onboard switcher in the path at all. 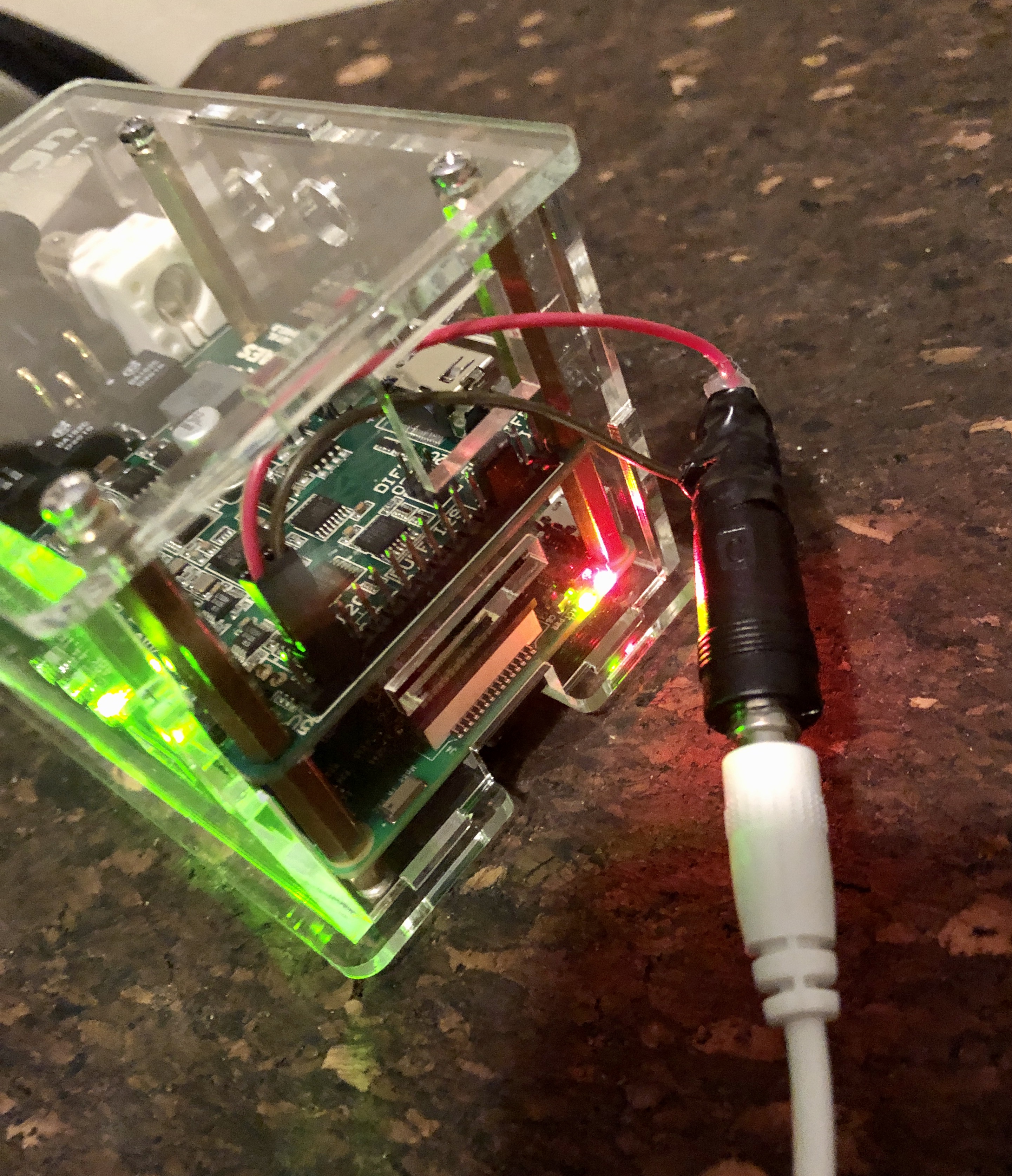 Unfortunately, given as the SPS500 only goes down to 7v, I am unable to test this.
But given how much of a difference the PSU upgrade made, even from an already good one, I have a hunch that a pi2aes, powered directly by a 5v Linear power supply, might exceed the SMS200 Ultra + SPS500 combo.
Whether that is the case or not, I can't say for sure, but I'd love to try when I get the opportunity.

Conclusion:
Both the SMS200 Ultra and the Pi2AES are incredibly high performing devices, and even with a generic PSU, they will provide a clear upgrade over a direct connection to a PC, or a basic networked solution such as a raspberry pi (and so I'd assume they will also quite conclusively beat out pi based streamers like the Pro-Ject S2 Ultra)

Given as the Pi2AES from those who's ears I trust also quite conclusively beats out high quality DDCs like the Singxer SU-6 and Matrix X-SPDIF 2, its safe to say it punches WELL above it's price bracket.

And both devices see very noticeable improvements with the addition of a high quality power supply. The SPS500 from sotm is a CLEAR step up above the ifi ipower X, with the addition of being flexible in its output voltage, thus being able to be used with a wider range of devices. You can also purchase a Y cable to power two devices at once from it.

The pi2aes in a "normal" situation, ie: powered by a good but affordable power supply does seem to beat out the sms200 ultra, whereas once a top tier unit like the SPS500 is added to the mix, the SMS200 Ultra scales slightly more, and overtakes the pi2aes.
Whether the pi2aes is being held back by the onboard 5v switcher, and would retake the lead once powered directly by a 5v sbooster LPS, I am not sure.

Personally, I will be keeping the sms200 ultra, simply because the added ability for higher sample rate playback, and slight improvement over the pi2aes with the SPS500 make it worthwhile for me.
BUT: Given the SMS200 Ultra is over £1000 more than the pi2aes, for the majority of users, especially if you are not using upsampling, my recommendation would be to purchase the Pi2AES.

Whichever you choose however, get a high quality PSU to power it, and then sit back, and enjoy the music.

At it's price point it truly is a remarkable device, and Michael Kelly deserves some serious praise.


PS: For those who might say that USB is asynchronous and therefore the SMS200 ultra will make no difference, i'd urge you to try even just a raspberry pi yourself. It costs only $30, and will clearly demonstrate the benefits that can be had from upgrading your source, both from power cleanliness and from reduction in jitter. (Even on an asynchronous connection, reading a buffer in itself introduces jitter after all, especially when the buffer operation is varying greatly)
It's also worth pointing out that the SMS200 Ultra does appear to be doing some rather clever stuff. After digging around I found that the Audio USB port reports itself to the Linux OS as a USB 1.1 port, NOT USB 2.0.

This is interesting for two reasons
- Firstly, USB 1.1 does not have sufficient bandwidth for 24 bit 768khz audio, and yet the sms200 ultra has no issue with that. How they achieved this I do not know
- USB 1.1 does not support UAC 2.0 (asynchronous) audio. But again, the system seems to at least THINK it has an asynchronous connection to the dac, whether it actually does or not Isn't possible to say.

Clearly Sotm has done some unorthodox design here, but the results speak for themselves.